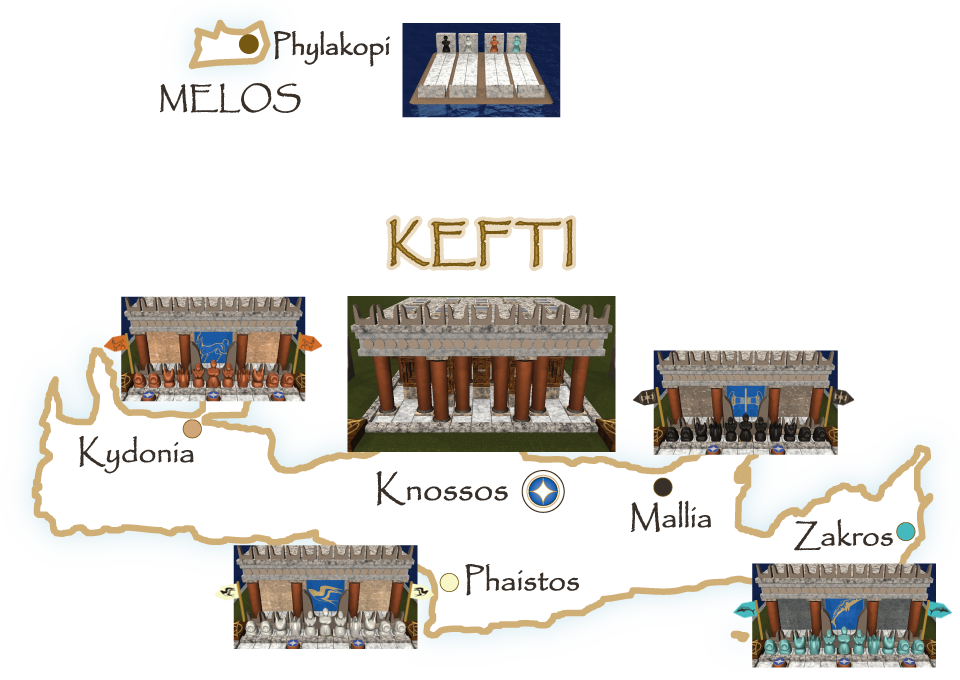 MINOANS MOVE BETWEEN THEIR PALACE, THE LABYRINTH AND MELOS

Post a Minoan anywhere into the Labyrinth from the Palace without forming a Triax.

MOVE FOR POSITIONING AND TRAPPING

Once in the Labyrinth Minoans move around to trap and capture opponents.

Captured opponents are despatched from the Labyrinth to the island of Melos - taken off the board.

RETREAT TO THE PALACE

When required, Minoans can retreat from the Labyrinth back to your Palace by forming a Triax.

If prepared to risk losing your Wanax, a Minoan may try to escape from Melos and return to your Palace.